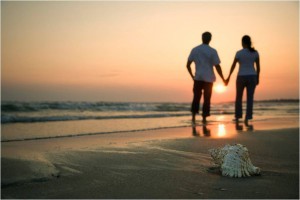 Having a good marriage doesn’t necessarily protect you from infidelity.  Good people in good marriages do have affairs.  It’s a difficult concept for couples to wrap their heads around.  If their marriage wasn’t a bad one how could this have happened?  Does it mean that the relationship only appeared to be good but really wasn’t?  Not necessarily.

People choose to have an affair for a variety of complex reasons.  Feeling stuck in an unhappy marriage isn’t always one of them. Many people who have been unfaithful report that they genuinely love their spouse and feel satisfied with their relationship.  If they are being truthful, and they often are, why did the affair happen anyway? That’s exactly what a couple needs to understand in order to begin the process of recovery within their marriage.

Couples are often quick to conclude that their relationship must have been horribly flawed in order for an affair to have happened. Sometimes that’s an accurate perception, but quite often it isn’t.  As difficult as it is a couple shouldn’t automatically discredit the strengths that did exist within their marriage. It is precisely those strengths that they will need to draw upon as they begin the challenging process of fixing the damage.

When an affair happens in a “good” marriage in retrospect it’s sometimes as much of a surprise to the person who had the affair as it was to their partner.  This doesn’t make them any less accountable of course – they made a conscious choice to exit their marriage and engage in an inappropriate and harmful relationship.  Fully accepting this accountability is the first step to figuring out what went wrong and repairing the marriage.

It is not unusual however for the offending partner to initially (and genuinely) struggle to explain how the affair happened.  They may report that they suddenly found themselves in a situation that they never would have imagined possible. It’s not surprising that these affairs are often the result of a seemingly “harmless” friendship that evolved into something emotionally and physically intimate after a blurring of boundaries over a period of time.

Counseling can help couples identify the vulnerabilities both within their relationship and themselves that led to the affair.  They can learn how to draw upon their strengths to rebuild intimacy and develop a new understanding of each other and their relationship.  An affair doesn’t necessarily have to mean the end of the marriage. It is often the catalyst to creating a relationship that is stronger, more fulfilling, and long-standing.