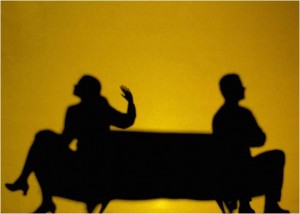 Few things can kill a relationship quicker than contempt.  Eye-rolling, sarcasm, hurtful humor, and name-calling are significant predictors of whether or not a troubled marriage can be saved. Whether overt or subtle, it communicates disgust and a dismissal of what your partner thinks or feels.

Contempt is born from long-standing and significant negative feelings about your partner. It results in an inability to perceive positive attributes and behaviors, even when they exist, and results in the partner on the receiving end becoming hurt, angry, and defensive.

When couples are feeling contemptuous and defensive, they cannot even begin to have a productive conversation about the true problems in their relationship. The majority of conflict between couples typically isn’t about the topic that resulted in the eye-rolling.  Relationships usually don’t end because your partner forgot to do the dishes or wouldn’t put down their blackberry at dinner.  They end because of the feelings experienced and perceived behind those behaviors and comments. You can disagree on a dozen different topics a day, but if there is a genuine respect and connectivity between you the outcome of that argument will be very different, and typically much more positive.

It’s important to deal directly with feelings of contempt, understand it, and be very cognizant of the subtle or not so subtle ways that you communicate that feeling to your partner.

Couples in successful relationships are quite aware of how they approach and respond to each other.  Positive tone, word choice, and respectful communication is key to maintaining their feelings of love, satisfaction, and intimacy.  Small, daily gestures of kindness matter.  Having the ability to pick your battles matters. Successful marriages aren’t ones without conflict, they are relationships that are void of contempt and yes, eye-rolling.