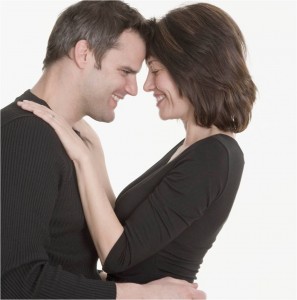 Much of what you hear about sex and marriage “norms” may not be true according to the majority of experts. Below are some common misconceptions:

1. The major predictor of marital success is love and communication.

Do you need love and good communication to have a successful marriage? Maybe. While it certainly enhances marital satisfaction for the majority of couples, many researchers suggest that it’s actually not the most important thing. So what is? According to marital experts like Dr. John Gottman, the most successful marriages are ones that have at their core a deep friendship, an ability to quickly diffuse conflict and repair it, and a desire to nuture positive interactions in their relationship. In fact, he would argue that the amount of arguments a couple has does little to influence whether or not their marriage is successful. What’s more important is how quickly those arguments are diffused. Diffused doesn’t necessarily mean solved because Gottman also believes that the majority of couple’s disagreements actually aren’t things that can be solved, they are core differences.  They may not need to be solved in order to have a successful marriage. What’s most important is how quickly the couple moves to repair that core friendship and move on.

2. Seeking couple therapy or sex therapy is an indicator of major marital problems.

It’s true that some couples don’t seek help until their marriage is significantly suffering.  But seeking support is not an indicator that anything is seriously wrong with your marriage. Even the best marriages go through difficult moments. It’s often couples with the strongest bonds that recognize that they are in a trouble spot and want to head it off at the pass before things get worse.

3. A couple with a good marriage and a good sexual relationship are immune from extra-marital affairs.

This is one of the biggest myths at all.  Having a good marriage and a good sex life does not necessarily mean that a marriage is not vulnerable to infidelity. It’s important for a couple to take a proactive approach, and openly discuss the types of situations that might make them vulnerable.  Affairs happen for lots of different reasons, and it’s important that couples communicate with honesty and integrity which helps to nurture marital trust and intimacy.