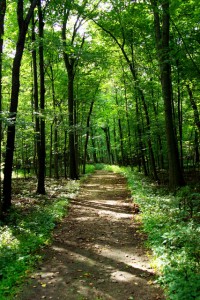 One of my favorite authors is William Maxwell. He was a small-town boy from Illinois born in the early 1900s who was known for his deeply personal and emotionally insightful novels. In person he was said to be wise, gentle, and self-assured. In writing his novels he drew upon his own personal loss of his mother at the age of 10.  One of my all-time favorite quotes is from his novel ‘Time Will Darken It.’ In it he writes:

“People often ask themselves the right questions. Where they fail is in the answering, and even there they don’t fail by much. A single avenue of reasoning followed to its logical conclusion brings them straight home to the truth. But they stop just short of it, over and over again. When they have only to reach out and grasp that idea that would explain everything they decide the search is hopeless. The search is never hopeless. There is no haystack so large that the needle in it cannot be found. But it takes time, it takes humility, and a serious reason for searching.”

Nobody could possibly say it more perfectly.  Keep searching and keep asking – that haystack gets just a little bit smaller each time you do.